In order to sustain your 'rapt' attention, this years list has been limited to 5 items......making the selection process quite a challenge, given a myriad of choices.

If nothing else, 2010 taught us that ignorance, avarice, and bluster far outranks common sense and pragmatism in the field of human endeavor when it comes to Risk management. Some events this year were almost Darwinian in their manifestations - assuming that Darwin foresaw that some of the survivors of these events would be returned to their maker through repetition of the same mistakes.....at least eventually.
So lets get on with the list...........enjoy!!!

In no particular order the TRC 2010 nominations for Risk Management awfulness (if there is such a word!) go to: 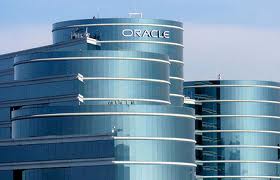 1. Oracle - Everyone hates Oracle, but that's not really the point.  The point is that if you really don't know what you are talking about, buy it and then claim you invented the subject. Oracle, you are the best, which makes your mercurial boss whose foot seems permanently lodged in his mouth, all the more wonderfully absurd. Just go to the Oracle site and admire the view courtesy of Logic Apps, KPMG, Fusion Apps and a lot of smart hired guns opining on the subject of GRC (Governance Risk and Compliance) which was undoubtedly invented all by Oracle...hmmmmm .... I remember not a single reference to risk management when I tried to find one on the Oracle site in 2005, but that's ok, because Risk Management was just invented by ......remember, Oracle of course! 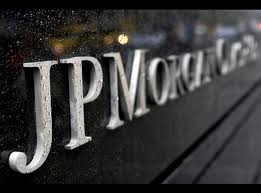 2. JP Morgan. This one's a real "head shaker" and a clear leader in that category. Not   satisfied that the common man was quite upset enough by the hubris of proprietary trading of large Banks - of course, now theoretically curtailed under the Dodd Frank Act - it turns out that JP Morgan and its beneficiaries are in fact the owners of GBP1Billion worth of cooper according to the London Metal Exchange. That's just over 50% of all the copper stored in London. Bad enough even if they had cornered the market with mostly client ordered trades (ever heard of the right to say NO, guys!), worse still is the fact is that JP Morgan is one of the banks starting an EFT specifically to cover, yep you guessed it....Copper.....
Great PR, great COI, could it ever be more obvious that there is something odorous going on here. "Prove it", will say the lawyers, once everyone is "lawyered up" after the inevitable disasters (ie clients losing money at the expense of everyone except the bank). Somehow the mal odor seems quite enough burden of proof! 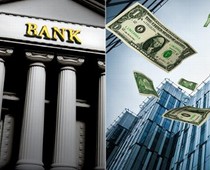 3. HSBC. Nice job HSBC in managing Bernie Madoff's trades, steering his feeder funds and touting the scammers wares. Over a ten+ year period, HSBC cleared trades on the weekend, sanctioned Madoff accounts that were parked in Government securities funds whose name had changed years before and settled trades that were actually outside the price ranges on the trade dates. A case of big fees and blind eyes perhaps!! There cant be a conflict of interest here surely.............. ?

I would like to call HSBC a bunch of crooks or idiots but I think that should be up to the judiciary who will in time, I'm sure, be much more eloquent in its damning of the bank, and extract a fair amount of restitution for its beleaguered clients. Then there's the fine and punitive damages.....it would be fun to watch if it weren't for the fact that so many innocent bystanders were caught up in the frenzy of greed . 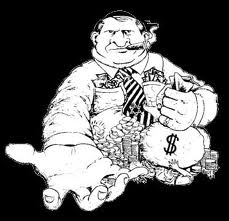 4. Goldman Sachs. No self respecting list of Risk management bloopers should ever be  without an entry for the "Bank of Greed". Hardly has the dust settled over the $550 million settlement on 15th July 2010 of the SEC action alleging manipulation of the Sub Prime market in colusion with their pals at Paulsen & Co. that the august firm is back firmly in the headlines yet again. This time star trader Michael Swenson was uncovered as the thug identified in the 2007 manipulation of credit default swap prices for MBSs in an attempt - ultimately successful - of keeping the swaps prices low so that Goldmans could load up on insurance while betting against the securities.

"So what", you might say, "no big deal", just about what was expected of Goldman in the bad old days before the crash.

Yeah, absolutely, but with a slight difference and implication for the future. You see, most mortals usually have a consequence to pay for patently unacceptable practices that earn the distain of regulators, scorn of the public and distaste of the markets. Not so at Goldmans apparently.

The fact is that the July 2010 settlement was made with no admission of guilt on behalf on Goldman (sorry guys but  $550 million of 'innocence' just doesnt cut it!). The revelations of Mr Swenson's disgusting behaviour (you have to read the emails!)  didnt exactly hurt him. Still firmly ensconced as Managing Director of the structured Products group at Goldmans, Mr Swenson apparently enjoys the full support of his employers.

“This type of language sounds awful and is very disappointing, but it does not reflect the reality of what happened. There was no short squeeze.”

So Goldman, what do you about the awful and disappointing bit? Same as the Paulsen deal, same as Lloyd Blankfeins response to the Wall Street pay revelations?

"Contrition, contrition, contrition......then wait, hold breath, hold a little longer, problem goes away. Stupid public has no retentive memory, it will be ok." May be that isnt quite verbatim from the Goldman Sachs operations manual, but i will bet that is pretty close!

And yeah, we are pretty stupid, us members of the public. But one day, just one day, you will make us just mad enough about your belief that a few moments of contrition can overcome any act of financial chicanery that someone is going to come and drag you all you from your towers and put you where you belong ...in jail

Goldman Sachs can and will survive and prosper, but only when it truly understands that reputational risk is more deep seated than it knows.

5. France - The Judicial System x 2. This year, France has truly outdone itself. And of course, being English, it is my prerogative to lambast our cross channel neighbors and allies (even if I happen to do so from the US):

a. Societe Generale verdict - Poor Jerome Kenviel - seems like - according to the Parisan Judge - that all Soc Gens trading woes were his fault and his alone. How gallicaly absurd! In the judicial summation it was acknowledged that the Bank's controls infrastructure was weak and defficient, and that management supervision was 'lacking' in Kerviel's case.
So......Bank good, Employee bad. Parisian judge real stupid!!


b. After 10 years of wrangling the July 2000 crash of the Air France Concorde that tragically took the lives of 113 people was squarely blamed on Continental Airlines (An American company!) . The ruling made by a Paris court found that Continental Airlines Inc. was “criminally responsible” for littering a piece of metal on the runway of Charles de Gaulle airport. The metal punctured a tire on Air France Flight AF4590 and spewed debris into the jet's engine, sparking a fire that downed the Concorde with catastrophic results.
Continental's lawyer, Olivier Metzner, denounced the ruling as one "that protects French interests exclusively" and said he would file an appeal. No kidding!


I can quite understand how, in French eyes at least, nothing could ever be blamed on, well, the French! But come on guys, think about the implications for air safety.


The US FAA, UK's CAA and European JAA have all spent the past 15 years setting up anonymous 'no fault' mechanisms to allow the reporting of near accidents precisely so that unintended mistakes can be exposed and rectified before they result in catastrophe. What this ruling does is to put every one of these potential incidents going forward back deep into the mental recesses of the reporters, never to be aired again. And that will inevitably result in avoidable accidents becoming tragedies precisely because the French courts frightened the responsive and the responsible out of doing trhe right thing.


Next fatal aviation accident of anything, anywhere, I say we sue France!


So on that joyful note, it's Happy Holiday Season to all!


May 2011 be a beacon of hope in the annals of Risk, because there is surely an ocean of opportunity to improve upon a wretched 2010!
Posted by Peter Teuten at 12:00 PM 2 comments: